Posted on Sunday, Aug 19 2007 @ 04:15 CEST by Thomas De Maesschalck
Pirates Vs Ninja Dodgeball has got the be one of the weirdest games I've heard about. This game is developed for one or more consoles and will be available for download in Q1 2008:

The first game in the Pirates vs. Ninjas series allows up to 8 players to choose from 5 unique teams (Pirates, Ninjas, and three more to be unveiled later), and compete against one another in the ultimate sport of champions – Dodgeball. However, this is no ordinary Dodgeball game. Teams aren’t restricted to one side of the court, instead they roam freely around 6 gorgeously detailed arenas. In addition, characters are equipped with combat moves and special abilities to deliver a more action-packed experience than could ever be found on the playground. 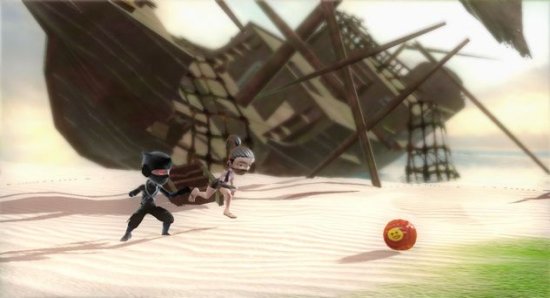