Halo 3 - Interview about the multiplayer mode

IGN AU: Damn you! *raises fist to sky* Okay then, let's kick off with a very broad question. How much of Halo 3's multiplayer is evolution and how much is revolution?

Lars Bakken: I think something very interesting about the multiplayer in Halo 3 is - obviously we didn't want to change too many things that worked well from Halo 1 and Halo 2. The core of the gameplay is obviously not going to change because that's Halo, but the things that are - I don't know if you could call them revolutionary or not - but I think in a lot of ways Save Films are going to change the way people play the game and definitely the way the community plays the game and looks at the game. Equipment in general also, I know we haven't made a huge deal about Equipment, but once people start playing with it, it really does change Halo, and for the better. It just works and fits well, within the whole series, especially now playing it in single player and multiplayer, and seeing how the enemy AI deploys it when you least expect them to. And the way people have been using it internally in multiplayer play tests that we have in the studio, it's pretty cool, so I can't necessarily call it revolutionary, but it definitely changes Halo, and I think it's for the better. 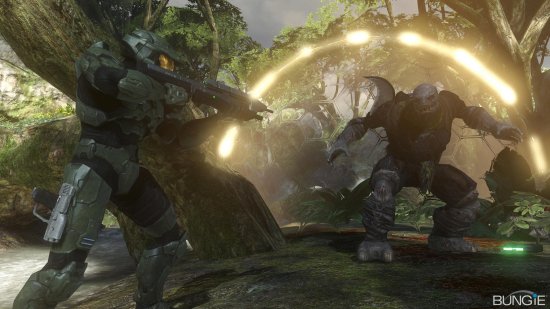