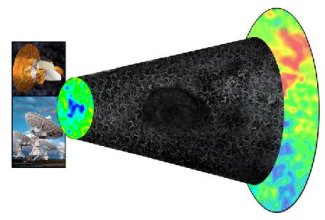 Astronomers are baffled by the discovery of a huge hole in the Universe that's nearly a billion light-years across. It can't be compared with a black hole as the hole is surprisingly empty - it's mostly devoid of stars, gas and other normal matter and dark matter.

Scientists say our current theoretical models can't explain why the hole, which is located about 6 to 10 billion light-years from Earth, is there.

"Not only has no one ever found a void this big, but we never even expected to find one this size," said researcher Lawrence Rudnick of the University of Minnesota.

"What we've found is not normal, based on either observational studies or on computer simulations of the large-scale evolution of the universe," said Williams, also of the University of Minnesota.

The universe is populated with visible stars, gas and dust, but most of the matter in the universe is invisible. Scientists know something is there, because they can measure the gravitational effects of the so-called dark matter. Voids exist, but they are typically relatively small.

The gargantuan hole was found by examining observations made using the Very Large Array (VLA) radio telescope, funded by the National Science Foundation.

There is a "remarkable drop in the number of galaxies" in a region of sky in the constellation Eridanus, Rudnick said.