Posted on Sunday, Sep 09 2007 @ 11:28 CEST by Thomas De Maesschalck
I noticed an article on The Inq this week which pointed to a Chinese site which had some benchmark results of dual and quad-core processors in Lost Planet.

Closer inspection indicated that this Chinese site has once again completely ripped an article from another site and claimed it as their own, without even providing a source. A quick search on Google pointed me to Overclocking Masters, a French site which published these results on their site in May.

The results indicate Lost Planet has been heavily optimized for threading. Two tests were run and in both cases a 2.4GHz Xeon 3220 quad-core processor performed better than a 2.4GHz dual-core X6800 - even if they overclocked it to 4GHz!

What you can also see in the performance charts is that they needed a GeForce 8800 GTX card to show you the difference. In some tests the GeForce 8600 GT card wasn't powerful enough to keep up with the CPUs. 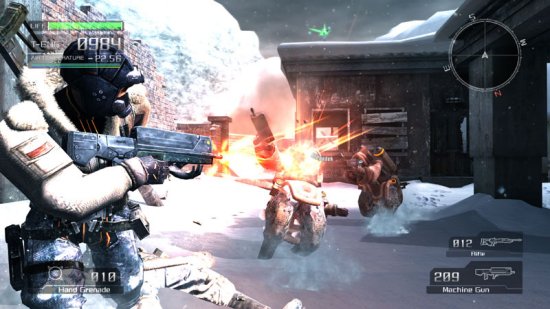