Posted on Saturday, Sep 15 2007 @ 03:17 CEST by Thomas De Maesschalck
Firingsquad had a chance to play the ICE level of Crysis and published their first impressions:

As the name implies, the level takes place in a region that is a tad colder than what we have seen of the game in the past. To be more accurate, the ICE level is actually set in the same tropical island but the aliens that have crash landed on the location have decided to do a little bit of Xenoforming ("Terraforming" but done by aliens) in order to make the setting more to their climate. Since these creatures like things to be a tad colder than Earth normal your character (clad in his Nanosuit) finds himself on top of a hill that's covered in snow after emerging from the inside of the alien ship (that's a story for another day). The palm trees have all been cut down and striped bare and snow continues to fall on the island. Massive sounds coming from the ship cause boulders from above and around you to start sliding down. The rocks have some substance; you can get hit as they come down the hill and have damage done to you by the rocks so it's best to avoid being hit by sthe rocks. 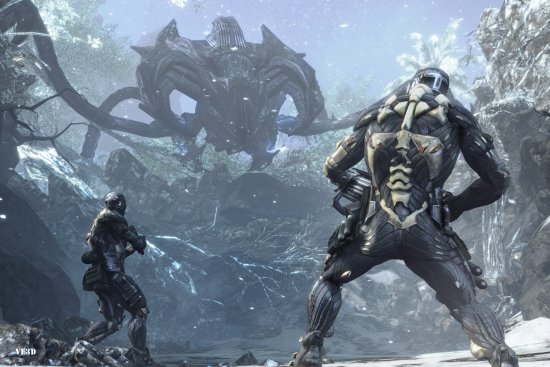