Posted on Tuesday, Oct 02 2007 @ 03:11 CEST by Thomas De Maesschalck
I sometimes wonder what kind of computers we would use if no-one played games. It is often said that it is the games that drive the development of new and faster technology and I definitely think that is correct. Who has heard anyone talking about upgrading their computer with a new Quad-Core CPU or GeForce 8800GTX just to "surf faster" or "write documents faster"?

Most of the new games work fine with the technology available but from time to time a game comes out that really stress the computer. Most of the times the game is a FPS (First Person Shooter) like Unreal, Doom 3 and Half Life 2 but recently we have seen that even RTS games, like Company of Heroes and Supreme Commander, have started to uses lots of graphical effects that really needs a beast of a computer system.

A week ago the game World in Conflict was released and this is yet another RTS that offers excellent visuals with lots of effects that all work together to bring your computer to its knees. I decided that it would be fun to see how different components in your system are affecting the performance in this game, possibly making it a bit easier to figure out what to upgrade if the game runs like a hog on your current system. 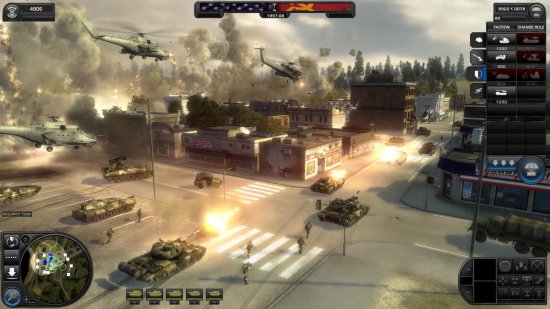