The Inq claims AMD is preparing to launch the R680 in January. The site says this card uses two RV670 GPUs and will be launched as the Radeon HD 3870 X2.

RV670 chips are working at 750+ MHz each. 775 MHz should be reachable by launch time. Who knows, maybe even 800 MHz for the GPU. When it comes to overclocking, we have no idea at the moment, but the memory should be able to work at 2.25 GHz, yielding in combined bandwidth of 144 GB/s. Not too shabby. 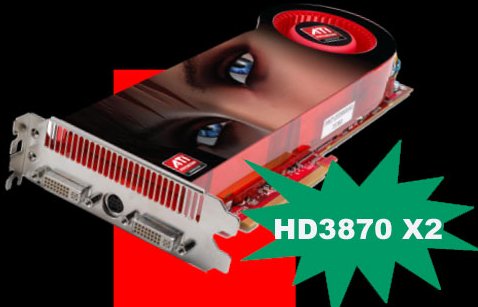 This card will feature 2x 512MB GDDR4 memory, 2x DVI-HDMI and DisplayPort. NVIDIA's next high-end part will also be a dual-GPU card.