Set to cool the new mainstream LGA775 chipset the Cinco Pipe is Circu Pipe's successor. The whole cooling system is made out of copper, and features five heatpipes all along the CPU area, northbridge and southbridge. Aside from the chipset cooling, the P45D3 Platinum has four DDR3 slots, two PCI-Express 2.0 x16 slots with support for CrossFire, six SATA 3.0 Gbps ports, integrated HD audio and just about everything you can dream of. 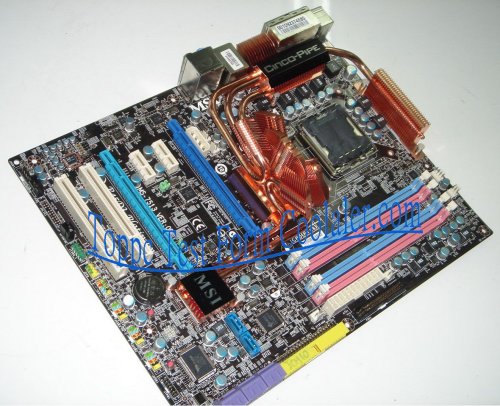 This motherboard will be released in Q2 2008.