The ZOTAC GeForce 9800 GTX AMP! Edition increases the core clock by 11-percent to 750 MHz for a healthy performance boost in DirectX 10 and OpenGL 2.1 based 3D games and applications. Memory performance also receives a 5-percent increase to 2.3 GHz to assist the increased graphics power. 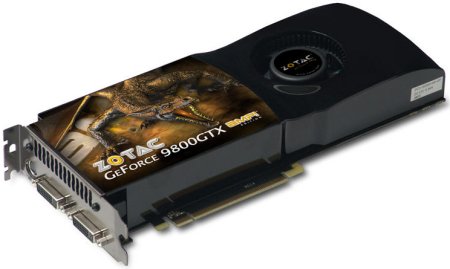