Awesome efficiency. That is the key element of the GeForce 9600 GSO. Being the little brother of one of the most balanced cards ever; the GeForce 9600 GT, it’s difficult to conquer your position, but this card has 100% earned it!

The GPU has a core speed of 550 MHz and DDR3 memory running on 1600 MHz with a 192 bit bus. The 96 stream processors offer you the best of performance while the rest of the specs keep your card cool, quiet and low consuming. Also, with the card staying cool, there is quite an overclocking margin to be discovered. To complete the package, we’ve added an onboard HDMI connection to the card. 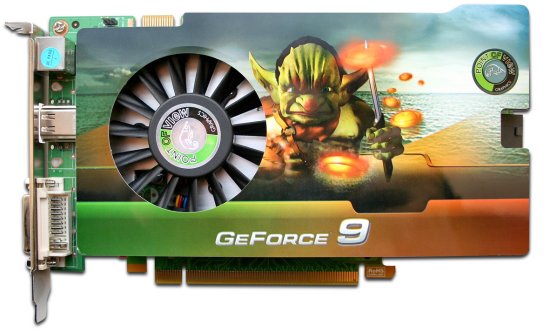