Posted on Friday, May 09 2008 @ 22:26 CEST by Thomas De Maesschalck
Leaked slides from Intel tell us that the Intel X58 (with ICH10/R southbridge) will be the first chipset to support Bloomfield, which is the desktop version of Intel's 45nm Nehalem architecture.

Today we find out that the first Bloomfield supporting mobo will be Intel X58(with ICH10/R) coming out Q4 this year. Because Bloomfield have already got memory controller integrated, so north bridge will be simplified. The biggest point of the board will be the odd lay out, dual channel, Triple channel DD3 supporting and Dual PCIe 2.0 X16 or Quad PCIe 2.0 X8.

The north bridge have couples of new features, but Intel keeps ICH10/R as its south bridge, so there is nothing more to say about it.

The first slide seems to indicate that X58-based motherboards may end up a bit cheaper than X38/X48 based motherboards as this chipset will also serve the "premium" market segment and not only the "extreme" and "high-end" markets. 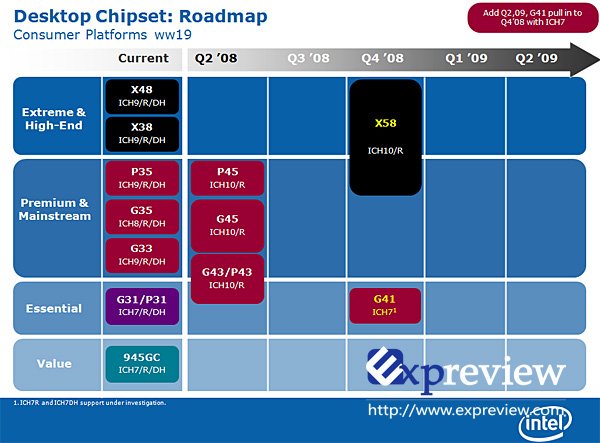 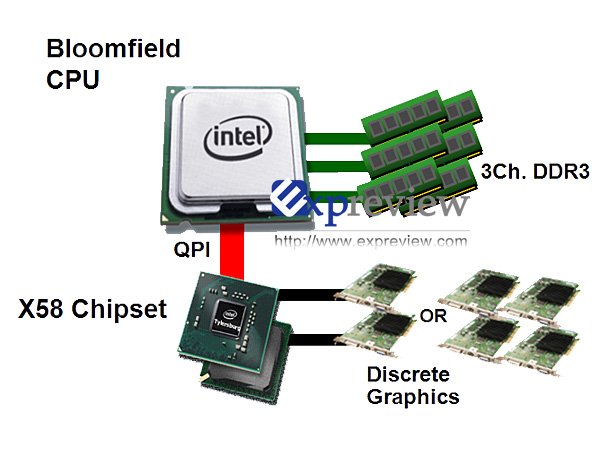