Posted on Wednesday, May 28 2008 @ 19:01 CEST by Thomas De Maesschalck
The Chinese edition of Tom's Hardware Guide got their hands on some marketing slides of AMD's upcoming graphics cards. One of the things these slides reveal is that the Radeon HD 4850 and Radeon HD 4870 graphics cards won't compete against NVIDIA's upcoming GeForce GTX 260 or 280 graphics cards. Performance wise the upcoming RV770 GPUs from AMD won't be that exciting as they are merely catching up with NVIDIA's current generation graphics cards but if the price is right they may have a good price/performance ratio. 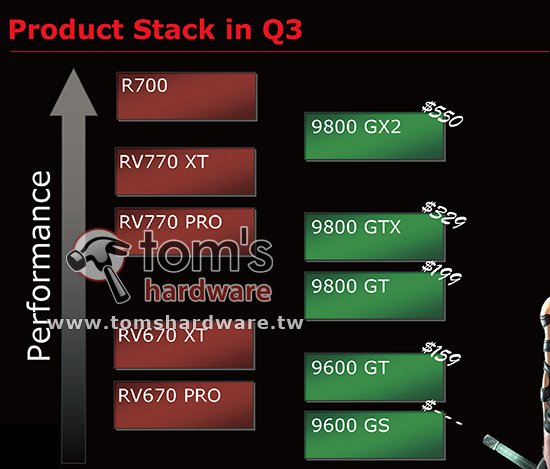 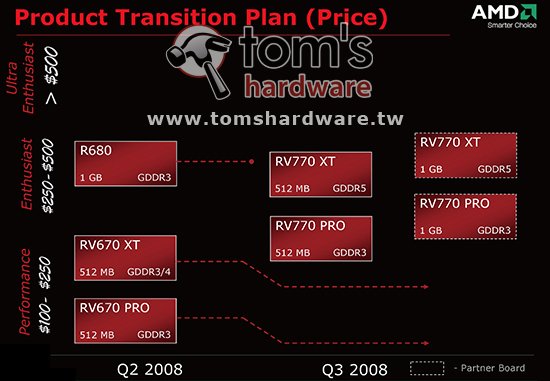