Posted on Saturday, May 31 2008 @ 21:23 CEST by Thomas De Maesschalck
AnandTech spotted a prototype of a testing station from Antec. The system is called Skeleton and it's an open air case design with a large 250mm fan. The retail version of the Skeleton case should be available in September and feature better materials and some changes to support large graphics cards.

Antec gave us a sneak peek at an early prototype most controversial case design yet: the Skeleton. It's a totally open air case design, your motherboard is mostly exposed and sits on the upper level of the "case" while below it you have room for a power supply, optical drive and hard drive. The entire thing is cooled by a slow spinning 250mm fan and there's enough room to passively cool your CPU with a good heatsink. 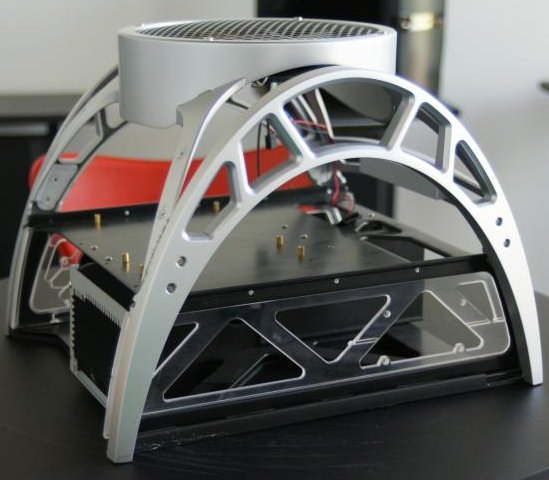