Pictured below is a case for HTPC systems that features lots of big heatpipes to cool the processor in a silent fashion:

The first case we saw was an early prototype HTPC that had the CPU heat piped to the top of the case. While it looked good it could only be used with boards that had the CPU in a certain area where the heat sink lay. 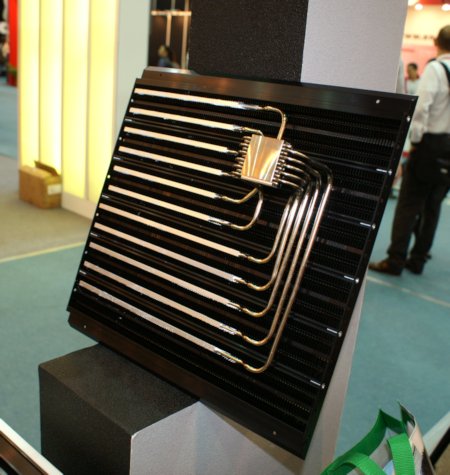 There was also a case with watercooling and flexible papes and another prototype of a case that uses many silent 120mm fans:

The flip side to this is another Thermalright case that employs the use of many 120mm fans on low power, virtually silent running configuration. They moved the motherboard to the centre of the case so that the graphics card cooler could be heat piped out to face the 120 head on and do a much better job of cooling quietly. 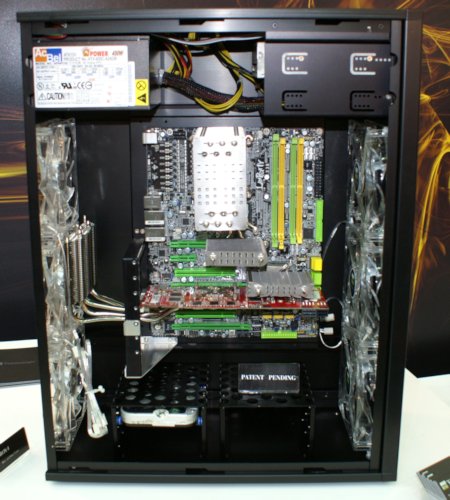