First up is the ATI Radeon HD 4850, the slide says the GPU has 800 shader processors and delivers 1 teraFLOPS of processing power. The GPU is clocked at 625MHz and the 512MB GDDR3 at 1000MHz. 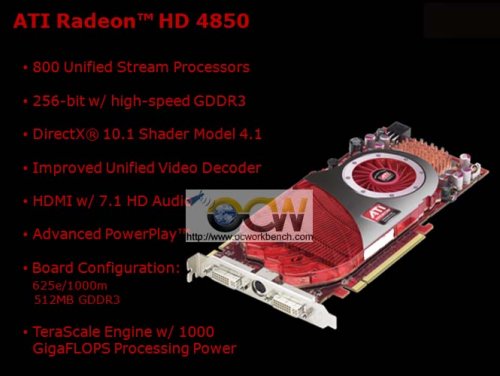 Next is the ATI Radeon HD 4870, the slide says this card also has 800 stream processors and delivers 1.2 teraFLOPS of processing power. It has a 750MHz core and 512MB GDDR5 memory clocked at 1800MHz. Both cards have a 256-bit memory interface. 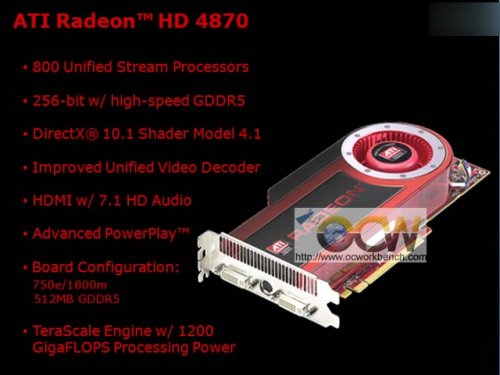