HUSH-RUSH cools your notebook - The heat is on. As the temperature rises, your notebook is going to sweat all over. Start throwing fits and refuse to work. It is time to get the HUSH-RUSH notebook cooler.

RUSH for power - Put on RUSH mode for that extra cooling boost. Example when your notebook goes into heavy processing causing the temperature to rise fast. 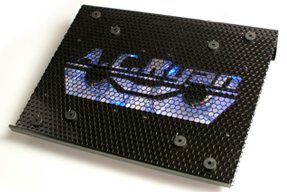