Posted on Monday, Jun 16 2008 @ 16:01 CEST by Thomas De Maesschalck
NVIDIA's long awaited GeForce GTX 280 beast has been released today, the NDA has expired and reviews are flooding the web right now. Lets take a look at a couple of review to see how the new GPU performs.

Over at Tech Report you can find a 17-page review of GTX 280. The site talks about the architectural changes, GPU computing and takes a look at the performance of the card. The site says the GeForce GTX 280 is the fastest single-GPU in the world, the card features higher performance shaders and the power consumption is not as bad as most people expected. In load the card pulls less power than a Radeon HD 3870 X2 or GeForce 9800 GX2 and in idle the card uses less power than a GeForce 9800 GTX. The GPU gets less hot than the GeForce 8800 GTX but uses a louder cooler. The reviewer says the card isn't really quiet at load but it's still a lot less noisy than a GeForce 9800 GX2. One of the only problems for the new cards is the competition of older products in SLI:

All other things being equal, I'd rather have a big single-GPU card like the GTX 280 than a dual-chip special like the Radeon HD 3870 X2 or the GeForce 9800 GX2 any day. Multi-GPU setups are fragile, and in some games, their performance simply doesn't scale very well. Also, Nvidia's support for multiple monitors in SLI and GX2 solutions is pretty dreadful.

The trouble is, things are pretty decidedly not equal. More often that not, the GeForce 9800 GX2 is faster than the GTX 280, and the GX2 is currently selling for as little as 470 bucks, American money. Compared to that, the GTX 280's asking price of $649 seems mighty steep. Even the GTX 260 at $399 feels expensive in light of the alternatives—dual GeForce 8800 GTs in SLI, for instance—unless you're committed to the single-GPU path.

Another indepth review of the GeForce GTX 280 and 260 can be read at AnandTech. This review also includes a quick test of the Folding@Home client for NVIDIA's GeForce cards and a look at H.264 video transcoding in Elemental BadaBOOM. The site wasn't able to perform a true apples-to-apples comparison as this tool can only use GPUs but says that in the worst case a GeForce GTX 280 is 40% faster than a Core 2 Extreme QX9770 and in the best case about ten times faster. It all depends on the quality settings. AnandTech concludes the GT200 is very impressive but complains it's overpriced for the performance it delivers.

But then we have the question of whether or not you should buy one of these things. As impressive as the GT200 is, the GeForce GTX 280 is simply overpriced for the performance it delivers. It is NVIDIA's fastest single-card, single-GPU solution, but for $150 less than a GTX 280 you get a faster graphics card with NVIDIA's own GeForce 9800 GX2. The obvious downside to the GX2 over the GTX 280 is that it is a multi-GPU card and there are going to be some situations where it doesn't scale well, but overall it is a far better buy than the GTX 280.

Here is what it boils down to. The GeForce GTX 260 and GTX 280 offer a sizable gameplay experience improvement over previous generation GPUs. Where the waters get murky is in comparing gameplay performance to dual-GPU configurations like SLI. For the most part GeForce GTX 260 and GTX 280 will give you a better experience, especially at high resolutions with AA, but, if you already have an SLI configuration that gives you the performance and image quality you desire, then there is no point to upgrade right now.

For those who were holding out until the next gen arrived, well, it is here, and it is good if you are ready to upgrade. For example if you are using a GeForce 6 or 7 series GPU maybe you would want to upgrade now. Now would be a good time; you will see a very large performance increase. Of course, I fully understand if you want to wait to see what AMD has in store as well, from a gamers’ perspective I have to say it is what I would do personally.

By the way, if you want a GeForce 9800 GX2 you'll have to be quick as that card will soon be phased out. 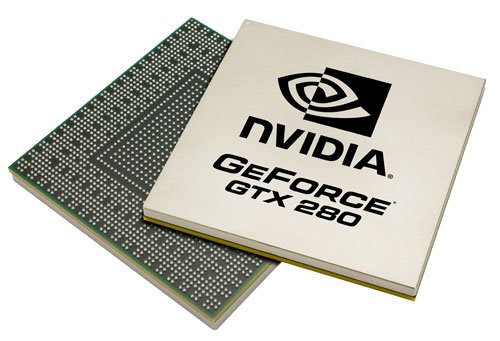