GIGABYTE GV-R487-512H-B and GV-R485-512H-B come equipped with ATI's latest TeraScale graphics engine, combining 1 teraFLOPS of GPU compute power, 800 stream processors and next generation GDDR5 memory to increase the physical gaming interaction for a more dynamic and realistic experience. In addition, with enhanced anti-aliasing (AA) and anisotropic filtering, the GV-R475-512H-B and GV-R485-512H-B create striking graphics with unparalleled realism so you can max out the settings of the most demanding next generation games or revitalize your favorite titles. Also, the GIGABYTE GV-R4800 series are provided with DirectX 10.1 graphics capabilities to support Shader Model 4.1 for life-like realism 3D gaming effects. 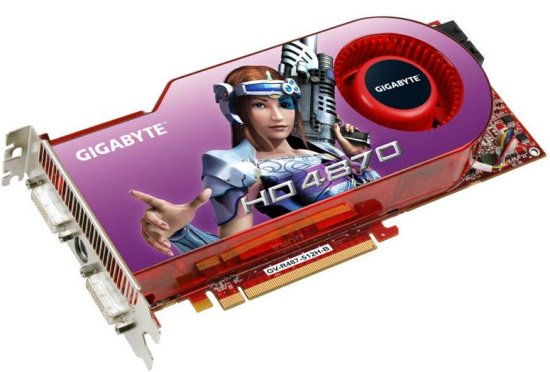