Measuring 150x160x86 mm, the AK-P120FG-BK is ATX 12V 2.2 compliant, features a secsi satin black color theme and offers over-current, over-voltage and over-power protection in addition to having an efficiency of over 80%.

Cooled by a dual ball bearing 135mm fan that works between 600 and 1800 rpm, the PowerXtreme 1200W has no less than six 12V rails with three of them, providing 28A each, being exclusively dedicated for graphics setups which basically means, you can throw almost any configuration - SLI, triple-SLI, quad-SLI or CrossFire, CrossFireX at it and it would work. For graphics cards the new PSU has six PCIe connectors - two 8-pin and three 6-pin, all sleeved, as are all the other cables coming out of the big box of watts. 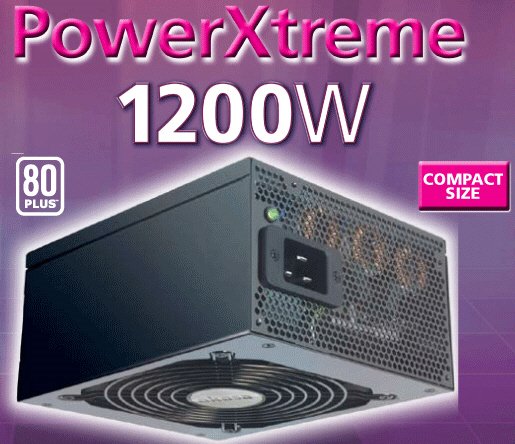