“SSDs offer higher performance, reliability, and energy efficiency than conventional HDDs but the cost variance has limited adoption of vastly superior SSD technology, until now,” said Ryan Petersen, CEO of OCZ Technology. “It is our mission to deliver the highest performance products to consumers at reasonable prices, and with the release of the Core Series SSDs we have done exactly that.”

Core series SSD drives are available in capacities of 32GB, 64GB, and 128GB and deliver incredible 120-143MBs/ 80-93MBs read/write speeds and seek times of less than 0.35ms, making the Core series up to 10x as fast on a seek-time basis and up to 40% faster on a R/W basis that the best performing 2.5” HDDs on the market, all while consuming 50% less power. 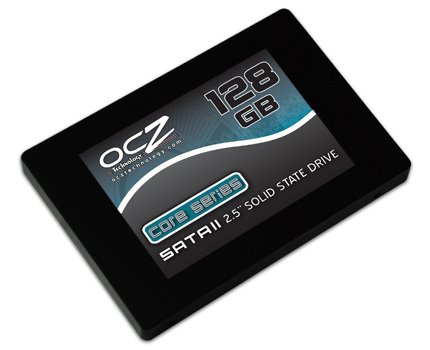