This may come as a surprise as it's widely believed that SSDs improve battery life in notebooks but that's not true because, contrary to HDDs, these disks always operate at their maximum power level when in use.

In contrast, flash SSDs only seem to know two states: active or idle. We don’t have specific information on this, but we received confirmation from two vendors that many flash devices don’t feature power saving mechanisms yet. On the one hand, the entire industry is looking to improve MLC flash to enable larger flash SSDs at sufficient performance levels. On the other hand, wear leveling algorithms are more important than power saving features, as durability may be an issue with SSD drives.

So while conventional hard drives may operate at relatively low power when little movement is required — such as during sequential read access — flash based drives do not. They will draw their maximum power level constantly when in use, and as a consequence, simply spend more total time drawing maximum power than conventional drives. 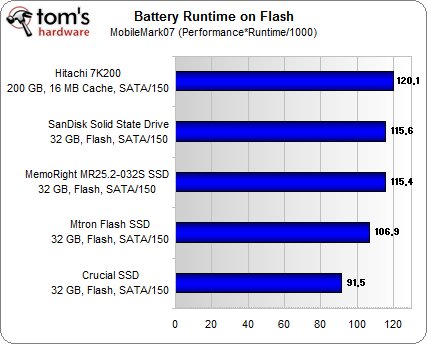 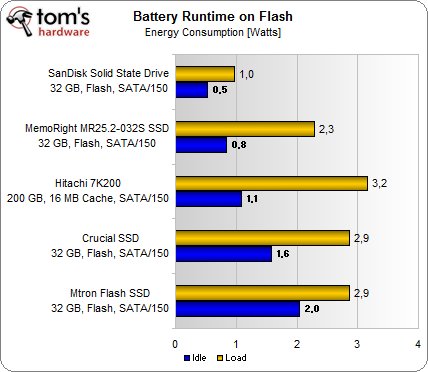 Furthermore, many of the more affordable solid state disks aren't faster than HDDs which cost a lot less per gigabyte. Check out the full article over here.