Posted on Wednesday, Jul 16 2008 @ 00:35 CEST by Thomas De Maesschalck
Not so long ago Tom's Hardware published an article about the disadvantages of solid state disks, the site claimed these drives actually use more power than hard drives but today they've published an apology.

First of all, we want to take this opportunity and apologize to our readers, for we made a procedural mistake when we compared battery runtime of various Flash SSDs, which we used to replace a 7,200 RPM hard drive on a business notebook in an effort to compare battery life of SSDs versus a conventional hard drive. As it was commented by our readers (see comments of that article) and other sources (thanks, George), part of the test procedure was inaccurate because of varying workload. This may cause other system components such as the CPU to be used more intensively, hence contributing to draining the battery earlier than on a slower drive.

The conclusion, however, that Flash SSDs are often misleadingly presented as energy savers to increase your battery mileage on notebooks, is not invalidated. The truth http://en.wikipedia.org/wiki/Grand_Theft_Auto%3A_San_Andreas is that more and more Flash SSDs will be increasingly efficient. But many conventional hard drives can also be more efficient than today’s Flash SSDs in the scenarios some of you were demanding: when providing data under a defined workload such as video playback or in idle until the notebook battery runs empty. 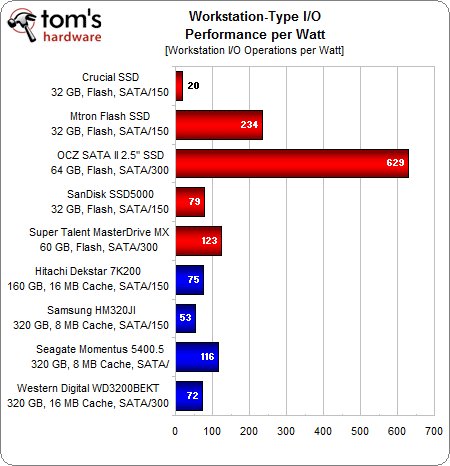