Posted on Monday, Jul 28 2008 @ 23:45 CEST by Thomas De Maesschalck
Engadget found new renderings of an upcoming mini PC from Dell. The gadget blog claims the Dell Studio Hybrid will be launched within the next two weeks:

If you've been paying attention, you remember all those blurry-vision pictures of an upcoming Dell mini desktop called the Studio Hybrid. As it turns out, those spy images were more than speculation, as an anonymous reader tipped us off to one of Dell's internal customer service session pages that guides the rep through some wireless keyboard and mouse resynchronization steps. The Dell Studio Hybrid appears to be codenamed "Nausicaa" (if image filenames are to be believed) and will ship with a wireless mouse and keyboard. It seems Dell believes that customers will need some help setting up these potentially finicky perpipherals. 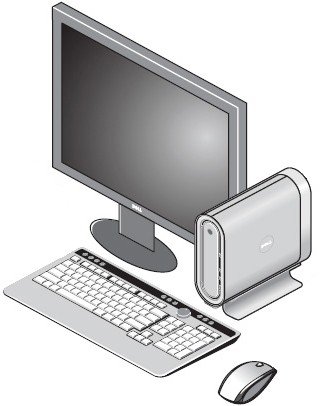