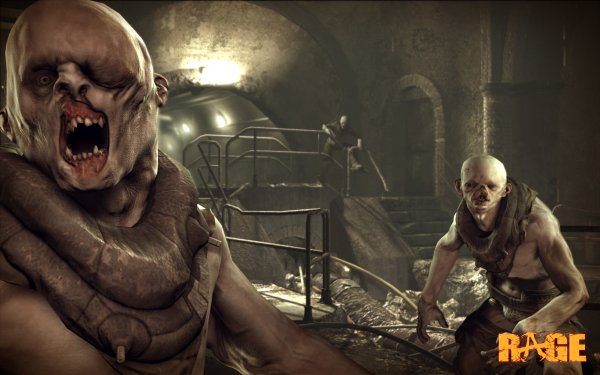 In other news, John Carmack said that Rage nor Doom 4 are expected to be digitally distributed online as id isn't looking into that sort of distribution for its major titles at this point and he also said that the Xbox 360 version of Rage will look worse than on the PC, PS3 and Mac platforms because compression will be needed to fit the game on two DVDs. Carmack says it's a licensing issue and he hopes id Software will be able to resolve this problem with Microsoft:

According to Carmack, the royalty fees to include a third disc in the Xbox 360 version would be so high that it simply isn't a feasible solution, with the programmer hoping for Microsoft to make a concession. He stressed that the issue is merely a storage problem and has nothing to do with the power of the Xbox 360 hardware, while adding that the PlayStation 3's Blu-ray format is Sony's one leg up on the competition.

It seems to be all about the money and because Rage is a pretty high profile title it seems likely that Microsoft will (eventually) bend over and give id Software what it wants.