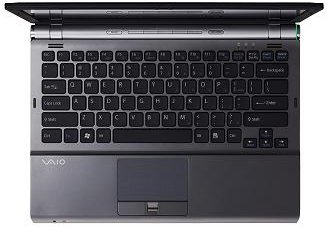 Sony is one of the first to debut a notebook which can switch between integrated graphics from Intel and more powerful, but more power hungry, discrete graphics from NVIDIA.

Sony lists the graphics system as "Hybrid Graphics" with a "Dedicated Hybrid GPU Switch" based on the Nvidia 9300M GS graphics chip and Intel 4500MHD integrated graphics silicon. What makes this unique is that the switch can be done on the fly.

The 13-inch Sony Vaio Z570, due later this summer in retail, will use an Intel P9500 (2.53GHz) processor that has a power envelope of only 25 watts compared with the 35 watts for mainstream Intel mobile processors on the market today. Other P series low-power Centrino 2 processors include the P8400 and P8600. These will both be offered in Hewlett-Packard's EliteBook 6930p, for example.