Posted on Thursday, Aug 07 2008 @ 00:03 CEST by Thomas De Maesschalck
TweakTown reports AMD is working hard to deliver a mobile version of the Radeon HD 4850. This chip is codenamed M98 and it's believed it will be made on a 55nm process.

Known currently, as the M98, it is believed that the mobile avatar of AMD's HD 4850 powerhouse, will be fabbed using a 55nm process and apparently, teamed up with up to 1 GB of memory using a 256-bit interface.

The inclusion of DirectX 10.1 support, with 800 stream processors to boot, takes the stand as evidence of the M98's commonality with its desktop HD 4800 series siblings. 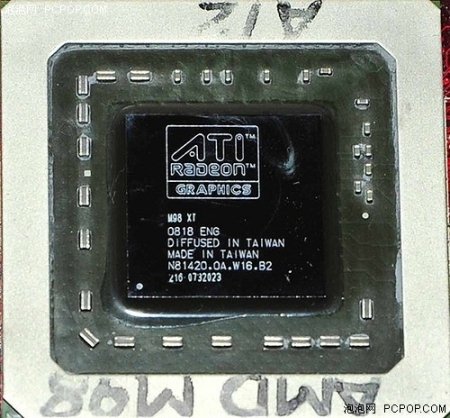