Posted on Monday, Aug 11 2008 @ 15:16 CEST by Thomas De Maesschalck
NVIDIA send out a press release today that Capcom will use the PhysX technology in Bionic Commando, an upcoming action game that will be released in early 2009. The NVIDIA PhysX technology will be used to enhance the game's debris, smoke, dust and weapon effects.

"Physics is changing the industry. We evaluated all of the commercial physics systems out there for gaming, and the choice was easy," said Bo Andersson, CEO at GRIN Entertainment. "NVIDIA PhysX runs faster than other solutions and it works across PCs and consoles, which is important to us because Bionic Commando will ship on all major platforms. We believe PhysX will help make the game seem even more lifelike and immersive."

With NVIDIA PhysX, the world literally comes to life: walls can be torn down, trees bend in the wind, and water flows with body and force. PhysX technology harnesses the power of the CPU as well as any CUDA general-purpose parallel computing processor, including any NVIDIA GeForce 8 Series or higher GPU, to handle 10-20 times more visual complexity than what's possible on today's traditional PC platforms. Unlike competitive solutions which do not offer hardware scaling capability, only PhysX technology can leverage the best of both CPU and GPU architectures to deliver the ultimate, immersive, end user experience.

"The gaming industry and gamers themselves are excited to see the return of Bionic Commando. The addition of physics effects using PhysX technology is going to add a huge amount of extra fun and depth to the game play," said Roy Taylor, vice president of content development at NVIDIA. "We can't wait to see what the talented team at CAPCOM and GRIN can create using the NVIDIA PhysX technology and hands-on support from our developer technology team." 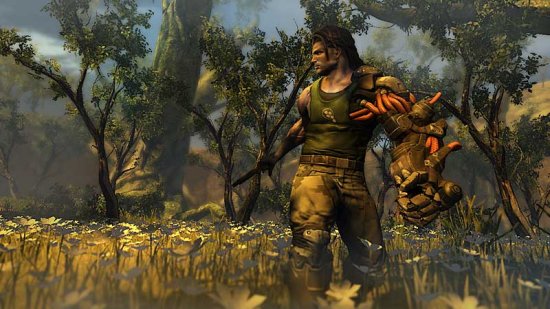