Samsung and Microsoft to boost SSD speed in Vista 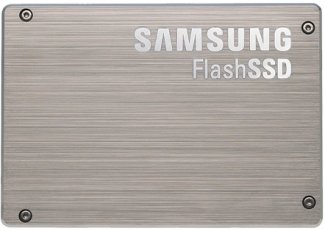 Samsung announced its working together with Micorosft to improve the performance of solid state disks. The Korean giant says Windows is optimized for hard drives and explains faster performance on SSDs can be achieved by discovering optimal packet sizes for data transfers and the best ways to read and write files:

The speed and way in which SSDs fetch and cache data are different than hard drives, said Michael Wang, flash marketing manager at Sun. Samsung hopes to work with Microsoft to boost SSD performance on Windows by discovering optimal packet sizes for data transfers and the best ways to read and write files, for example.

"We have been so used to hard drives for so many years, Windows is optimized for that obviously," Wang said.

Windows is designed to fetch and cache data using rotating media, but by working with Microsoft, Samsung wants to distinguish SSDs from hard drives on the Windows OS, Wang said.

Wang declined to provide further information on the discussions with Microsoft.

It is generally thought that SSDs could replace hard drives, but both differ in data sizes and how Windows should treat both, said Gregory Wong, an analyst with Forward Insights.

There is a mismatch in the way Windows Vista handles data sizes on hard drive and SSDs, Wong said. Vista has been optimized to handle hard-drive data in smaller chunks. In contrast, the sector size -- also known as page size -- of SSDs are larger than hard drive sector sizes. That results in inefficient SSD performance when slotted into a disk drive bay, Wong said.

"My guess is that [Samsung and Microsoft] are maybe working on the OS recognizing an SSD with a 4K-byte sector size instead of a hard disk drive with a 512-byte sector size," Wong said.