Posted on Thursday, Aug 14 2008 @ 00:12 CEST by Thomas De Maesschalck
Joystiq took a look at a Cinema 2.0 tech demo from AMD. This is a new effort that promises to bring photorealistic graphics to computer games.

While practical applications of "Cinema 2.0" weren't showcased at AMD's recent event in New York, the company executives were keen on noting how the tech can be implemented. Movie producers will be able to manipulate digital actors that are more realistic than ever -- in a rendering environment that happens in real-time. Gamers will be able to find character models and environments that are truly lifelike.

The demonstration we saw in New York did prove that this technology is very real. A very human model, one that would put the efforts of Square Enix to shame, had all sorts of dynamic lighting applied to it. But how is it that AMD has managed to create such a realistic human character model, while Hollywood still struggles to create true human actors with a gigantic rendering pipeline?

Obviously, new hardware is part of the solution. More processing power has always meant more realistic visuals. However, there's another trick: a globe-shaped room that feature rapid high-definition photography from all angles. These cameras can capture surface detail to a level that surpasses human touch. These cameras operate so quickly that to the naked eye, they appear as solid lights, when in fact they are flashing on and off at fractions of a second. The information captured by these cameras can then be interpreted into 3D data.

Read more over here. Here's a picture of a photorealistic CG creation that was rendered in real-time: 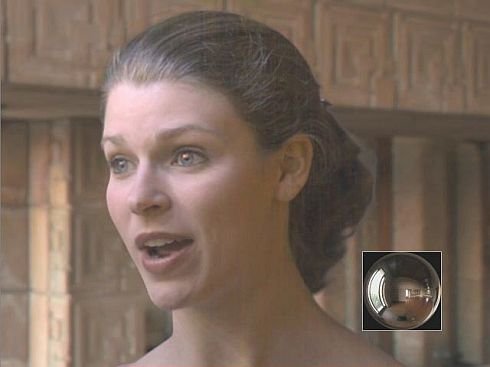