Posted on Tuesday, Aug 19 2008 @ 00:10 CEST by Thomas De Maesschalck
Expreview published some shots of a non-reference Radeon HD 4870 512MB graphics card from Gainward - this card should be available by early September. It features a cooling solution with three heatpipes and two fans and has a dual-BIOS.

Because RV770XT is really, really hot, so even a penny saving company like Palit have slap a three heatpipe cooler on it two big fans. A 8015 fan is located in the middle, and a 7010 fan blows directly to the four phase VRM.

The card have dual BIOS, one is in default clock, core/memory runs at 750/950MHz, and its Overclock BIOS set the clock at 775/1000MHz. Other than normal Dual DVI output connector, the card equips a extra HDMI connector. 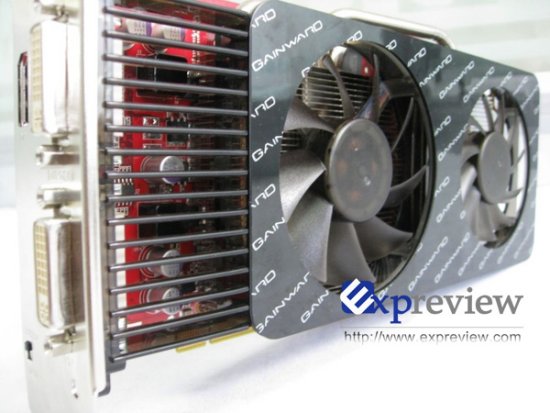