EVGA is now introducing the ultimate motherboard; The EVGA 790i SLI FTW; with 100% solid state capacitors, an 8-Phase Power design, and on-board all ferrite core chokes, enthusiast BIOS enhanced, Vdroop control and more, the EVGA 790i SLI FTW is the ultimate platform for the hardcore enthusiast. Just ask Vince "k|ngp|n" Lucido, he was able to smash the current 3DMark06 World Record at an astounding 32,719 points. 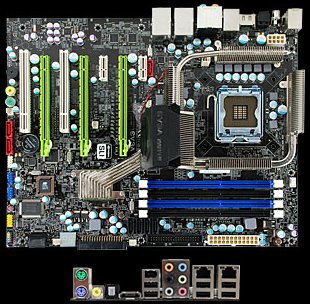