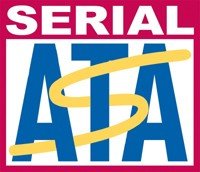 The Serial ATA Revision 3.0 specification was announced at the Intel Developer Forum. This new spec will double the transfer speed of SATA to 6Gb/s (750MB/s).

Serial ATA International Organization (SATA-IO), the consortium dedicated to sustaining the quality, integrity and dissemination of SATA technology, today released to its members the physical layer (PHY) portion for its third generation storage interface, which will be defined in the upcoming SATA Revision 3.0 specification. Today’s release ushers in a new generation of faster SATA 6Gb/s products. Developers can now begin designing products based on SATA 6Gb/s technology as work continues on the SATA Revision 3.0 specification, which is expected to be completed in the second half of 2008.

Various SATA-IO work groups are engaged in the process of readying new features for incorporation in the final version of the SATA Revision 3.0 specification. These features will include advances for data streaming and better power management.

The new specification will maintain the low cost and low power for which the popular storage interface is acclaimed. In addition, backward compatibility with earlier SATA implementations will be maintained by keeping the existing SATA connector configuration, preserving its inherent cost-conscious design while minimizing changes to existing implementations and infrastructures. The same cables and connectors used for current SATA implementations can be used to connect SATA 6Gb/s devices, although SATA-IO recommends utilizing quality components to ensure data integrity and robust operation at the fast 6Gb/s transfer rate.

The new industry standard will enhance the appeal of the high-performance, low-cost interface, solidifying its prevalence as a long-term storage interface. According to John Rydning, IDC’s research director for hard disk drives, SATA has become the primary storage interface with more than 650 million SATA hard disk drives shipped since its introduction in 2001. He added that more than three-quarters of new desktop and mobile PC systems shipped in 2007 were equipped with SATA hard drives. Other devices adopting the SATA interface technology include optical disk drives, solid state drives and multi-user storage applications. Many entry and mid-level servers as well as external storage systems now feature the technology.

To accompany the new SATA Revision 3.0 specification, the industry organization has introduced a new logo that can be used to easily identify SATA 6Gb/s-enabled products.