Posted on Thursday, Aug 21 2008 @ 00:28 CEST by Thomas De Maesschalck
Microsoft officially announced its SideWinder X6 keyboard and SideWinder X5 mouse for gamers today. The $79.95 keyboard features a switchable keypad which can be used as a programmable macro-pad in game mode. The SideWinder X5 mouse will debut for $59.95, it's a 2000 DPI model with nine buttons. Both gaming peripherals will ship in September.

Powerful Versatility
The SideWinder X6 Keyboard's switchable key pad allows gamers to program up to 90 macros per game with the help of a set of dedicated macro keys as well as a fully programmable key pad. With mode switching, gamers can instantly go from Microsoft Office Excel to their favorite game — and place the macro pad on whichever side they prefer for gaming. The X6 also offers the following features to take advantage of its adaptability: Designed for Gaming
The SideWinder X6 Keyboard is more than a standard keyboard with a few extra bells and whistles — it was built from the ground up with gamers in mind, to give them an edge up on their competition. To complement its versatility, the keyboard has the following additional features to produce the ultimate gaming package: Get Immersed
Gamers enjoy a heightened experience when adsorbed in the gaming world. Research shows many gamers like to dim the lights, and the X6's two-color adjustable backlighting helps set the mood to achieve total immersion. The red backlighting indicates standard keys that are not programmable, while the amber color indicates custom-programmable macro keys in game mode that can be tuned to the gamers' preference. The X6 also includes full media keys and volume and backlighting control dials to fine-tune the gaming experience. 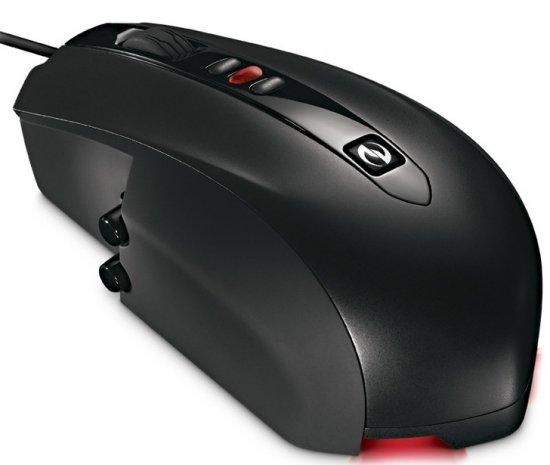