Posted on Thursday, Aug 21 2008 @ 03:30 CEST by Thomas De Maesschalck
Zotac has released two passive GeForce 9500 GT graphics cards, one version has GDDR2 while the other one has GDDR3 memory. Both cards feature a 550MHz GPU, 1375MHz shaders and 512MB memory. The GDDR2 memory has a 800MHz clockspeed while the GDDR3 is clocked at 1600MHz.

As with the other NVIDIA GeForce 9500GT-based products, the ZOTAC GeForce 9500GT ZONE Editions feature NVIDIA’s unified architecture with 32 blazing-fast stream processors. The 32 stream processors are paired with 512MB of high-speed GDDR2 or GDDR3 graphics memory, connected via 128-bit wide bus to keep up with the demands of 3D gaming. 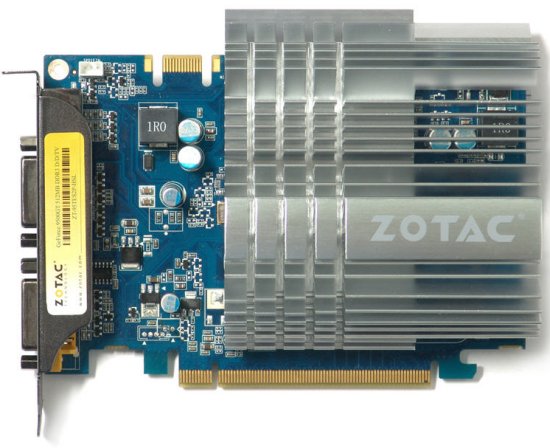