Posted on Thursday, Aug 21 2008 @ 23:36 CEST by Thomas De Maesschalck
Techpowerup spotted a non-reference Radeon HD 4850 graphics card from Sapphire at the Games Convention in Leipzig. The card has a eight-layer PCB and a quieter cooler. It doesn't really look that pretty but it should be cheaper than the standard version.

Sapphire has been showing off their new HD 4850 non-reference design, that you have already been discussing here. The card uses an eight layer PCB designed by Sapphire and comes with a quieter cooler. Even though it offers these improvements, the card is cheaper to make which should bring its retail price below that of the reference design cards. 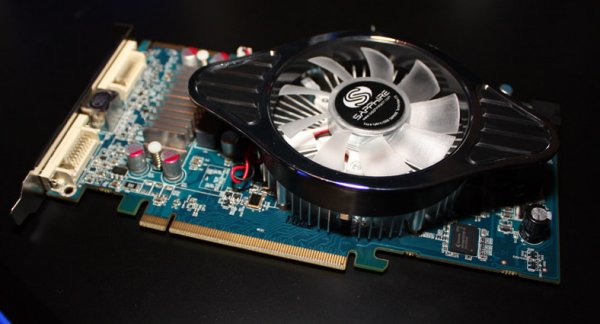