MSI will brand its first X58 board with Eclipse naming, maybe suggesting that it can do just that to the competition... MSI explained that it has improved on DrMOS since its X48 and P45 boards and claims that generation two provides better power efficiency than before. FSB is out with Core i7 and has been replaced with QPI or QuickPath interconnect which MSI says provides bandwidth up to 25.6GB/s which is said to be twice as much as the previous processor FSB1600 quad pumped standard.

Eclipse will provide triple channel memory supporting up to six DDR3-1333 modules up to a total of 24GB. MSI went on to say that with this amount of memory, bandwidth is up to a massive 32GB/s. 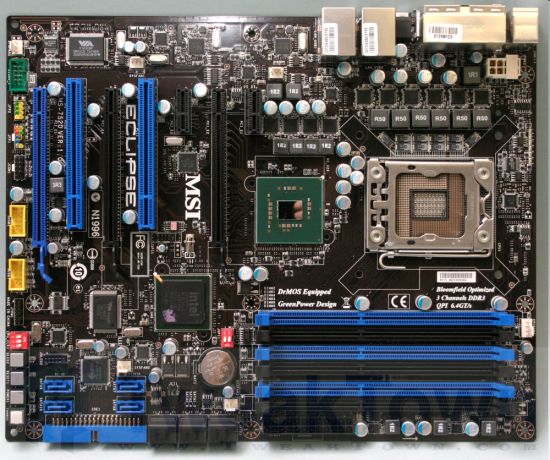 More pics and specs over here.