In addition to the pictures, Nikon Rumors says that it has final specifications for the camera which are sure to impress even the most vocal critic. The D90 will have a 12.3MP image sensor, 3" (900k) LCD, 11-point autofocus system, and Live-View.

Perhaps the most talked about feature, however, is the D90's ability to capture video with its image sensor. Although details are sketchy at the moment, the camera will also have a microphone and speaker built-in for recording and playing back sound with capture video. 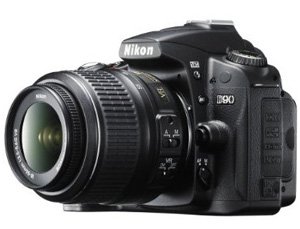