Posted on Monday, Sep 01 2008 @ 14:28 CEST by Thomas De Maesschalck
Scythe has a new VGA cooler called "Musashi" SCVMS-1000. Techpowerup found photos and specifications of this new aluminum VGA cooler at a Japanese hardware site. The cooler seems to support most of the recent graphics cards from AMD and NVIDIA, although the GeForce GTX 200 series isn't included.

The cooler consists of an aluminum fin arrays of unequal sizes through which pass four nickel-plated copper heatpipes, two in opposite direction of the other two. The GPU contact block from which those pipes project out itself isn't in the center. On one the other side of the fin arrays are two 100 mm, 12 mm thick PWN controlled fans which have individual speed controls provided by two knobs on an expansion bracket. These regulate the speeds of the fans between 800 and 2500 rpm (combined noise level 12.5 dB to 29.22 dB depending on the fans' rpm). 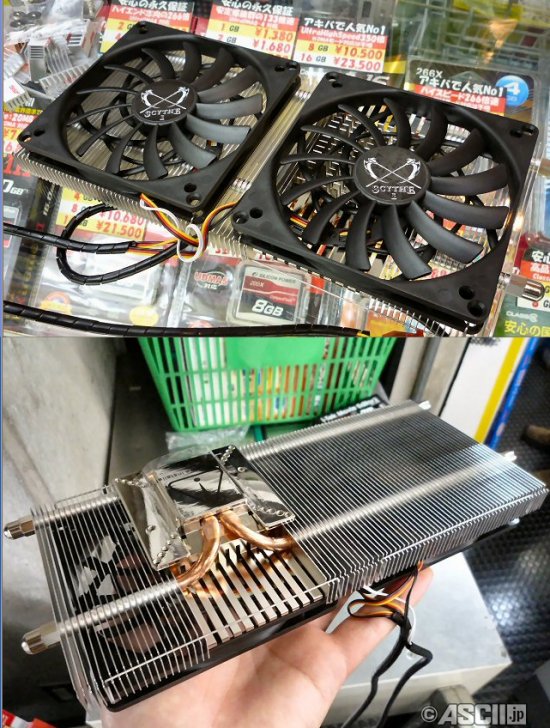