Posted on Tuesday, Sep 16 2008 @ 01:37 CEST by Thomas De Maesschalck
Engadget reports ASUS is cooking up a new 5 megapixel phone that will compete against the Samsung Omnia:

According to pictures leaked to the Mobile01 forums, the company is planning an Omnia-esque device that will feature a large (WQVGA or WVGA) touchscreen, a 5-megapixel camera, a trackball for non-touch navigation, and the predictable 3G radios / WiFi. Not much is known about the device at this point, though speculation is running rampant on the forum as to CPU specs and on-board memory. 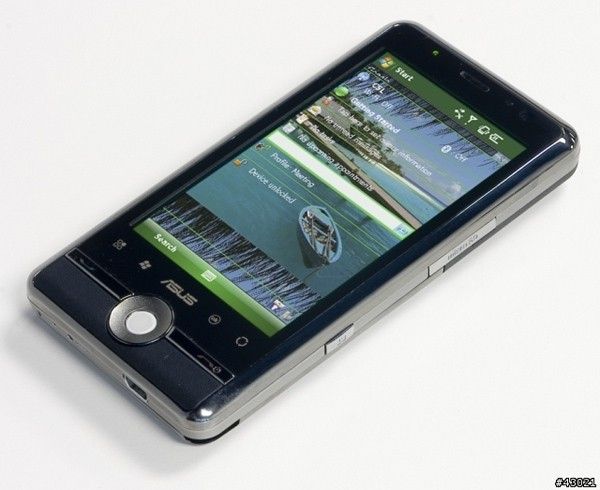