Posted on Wednesday, August 25 2004 @ 18:12 CEST by Thomas De Maesschalck
Logitech has silently launched a new cordless MX-series mouse, the MX1000 Laser Cordless Mouse. This will probably be the successor to the MX700 mouse. The main difference between the MX700 and the MX1000 is that newer one doesn't use an optical sensor, but a new laser which is, according to Logitech, 20 times more accurate than an optical sensor.

The Logitech MX1000 has a Tilt Wheel and it promises a longer battery life thanks to a lithium-ion battery. The status of this battery can be read out directly from the mouse. Just like the MX700 the MX1000 uses the FastRF technology to transfer data from the mouse to the cradle.

The mouse has about the same shape as the MX700, but a darker exterior.

The European advice price seems to be 79.99EUR, but some shops already list it for less 60EUR. 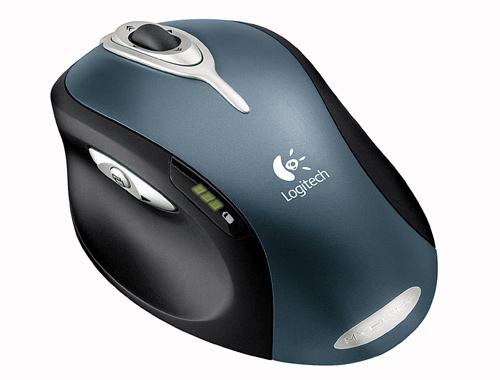 Source: Tweakers (Dutch), the site also has three pictures of the mouse.