Posted on Tuesday, Feb 17 2009 @ 21:39 CET by Thomas De Maesschalck
Engadget had the opportunity to play with a NVIDIA Tegra APX 2600 chipset based Android device at the Mobile World Congress in Barcelona, you can check out pictures and videos over here. The device shown off at the conference was capable of pumping out 1080p video to a large-screen TV:

NIVIDA showed up with Android running on one of its proof-of-concept units, and with another unit pumping out 1080p video, with a claimed 10 hours of battery life at that task. NVIDIA says it took them just a few weeks to port Android to the system, and we found it already quite snappy and even usable on the capacitive touchscreen-ed device. 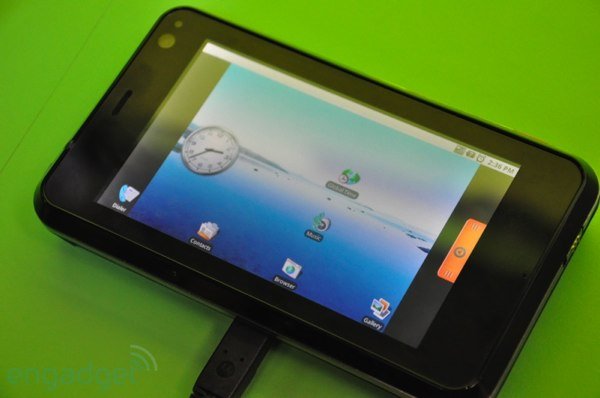