Posted on Thursday, Feb 26 2009 @ 20:40 CET by Thomas De Maesschalck
CNET compared the performance of Apple's new Safari 4 beta browser with other browsers and found it's one of the fastest browsers in the world. Safari 4 is 3.5x faster than Firefox 3, and 42x faster than IE7. 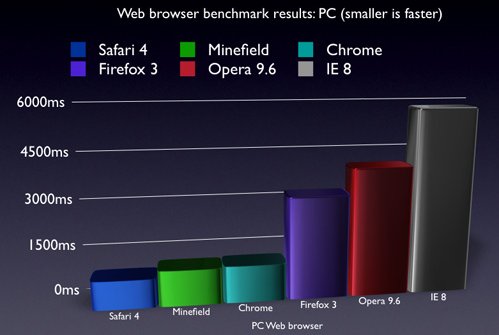 IE7 was excluded from the chart below because its 39,026ms really messed up the scale.