The Japan Aerospace Exploration Agency (JAXA) and the Japan Broadcasting Corporation (NHK) successfully took moving images of the precise Earth rise moment when the Earth looked like a diamond ring using the onboard high definition camera (HDTV) of the lunar explorer "KAGUYA" (SELENE) on February 10, 2009 (Japan Standard Time, all the following dates and times are Japan Standard Time.) The moment came when a penumbral lunar eclipse occurred and sunlight was covered by the Earth. During that time, since the view of the Sun from the KAGUYA was mostly covered by the Earth, the KAGUYA observed that the Earth looked like a diamond ring. This is the first time that this phenomenon was shot from the Moon.

More details and sequence images of the eclipse can be found at JAXA. 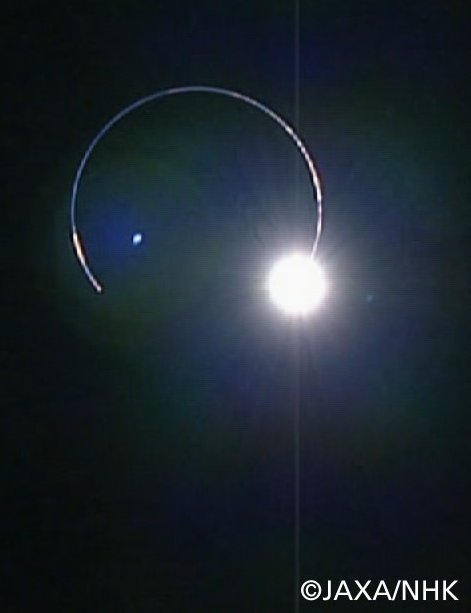