MSI N250GTS-2D1G with Quad Pipe Cooling Technology
MSI N250GTS-2D1G uses MSI’s unique Quad Pipe cooling, which has a set of four 6mm heatpipes. This provides more heat dissipation than traditional heatpipes. Combined with a thick copper base and a big heatsink, it is a high performance cooling system. The special cooling does not only decrease the heat generated by the GPU, the airflow also cools the memory, capacitors, MOSFET and other components. It helps to expand the MSI N250GTS-2D1G’s overclocking capabilities.

MSI N250GTS-2D512 with Seaweed-Blade fan Cooling Technology
The other MSI N250GTS model – the MSI N250GT-2D512- uses a revolutionary Seaweed-Blade fan design, which has a unique blade shape for a better airflow and therefore improved cooling. Tested under very strict conditions, this Seaweed-Blade design proves to create greater air-pressure at the same noise level as a traditional fan. 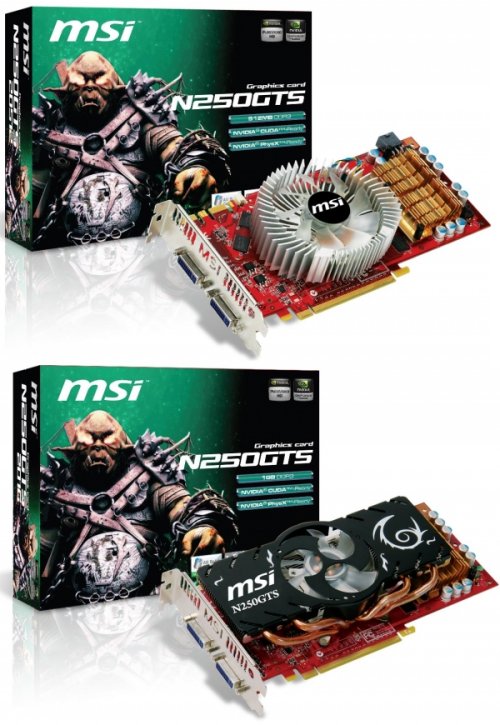