Posted on Tuesday, Mar 24 2009 @ 22:05 CET by Thomas De Maesschalck
Solid state disks are a promising technology but early adopters need to be aware that these disks may still have some problems. Buyers of SSDs with JMicron controllers found out that the performance of these drives isn't what they hoped for due to very slow random write performance, and now there's a report about a firmware-related stability problem in the OCZ Vertex series which uses the new Indilinx Barefoot controller.

Firmware version 1275 for the Vertex was published by OCZ yesterday, this update fixes a nasty bug in firmware version 1199 that leads to instability if a lot of data is stored on the disk. Dutch tech site Tweakers says they were able to replicate the problem on two Vertex SSDs by filling the storage devices with about 150GB of data. After that procedure the disks started crashing frequently and became unrecognizable by the operating system. A reboot would reanimate the Vertex, but in some cases the crashes resulted in a corrupt operating system.

The new firmware and a flashing guide can be found at the OCZ forum, but be aware that the update wipes all data from your Vertex. Another drawback is that the flashing tool is currently only available for Windows XP and Vista. Mac and Linux users are out of luck. 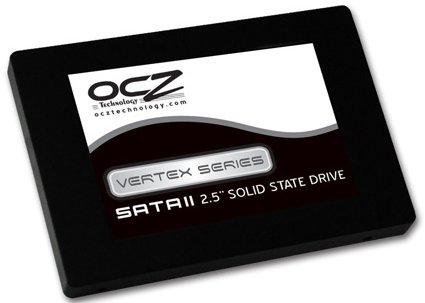