Mr. T and Will Wright to fight nazis in video game 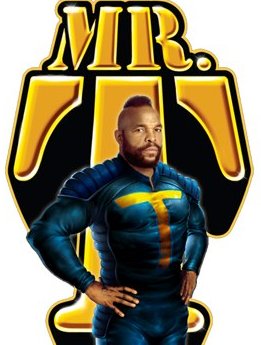 Joystiq reports ZootFly is working on an odd game that will feature Mr.t and Will Wright as nazi hunters:

"The first game will see Mr. T take on Nazis and their gigantic machines in the varied universe of South American rain forests, lost ancient cities, industrial complexes and contemporary military installations. Along with Mr. T and other characters from the graphic novel, the game will feature none other than Will Wright. In this universe, Will Wright is not a top-notch game designer but a top-notch American geneticist who was kidnapped and coerced to work on a diabolic plan. Mr. T and Will Wright will join forces to annihilate the Nazis and their hardware."