The power supplies in the SilentStorm CM series are built in an elegant black case with a silver fan guard. Built to ATX 12V version 2.2 and EPS 2.91 specifications, the PSUs support all current Intel and AMD systems. The models function with active PFC and have a maximum efficiency rating of 84 percent. Four separate 12V rails produce a maximum of 72 amps and provide the CPU, graphics card, mainboard, storage and disc drives with sufficient and reliable power.

With the modular cable system, users need only connect those cables which are necessary for their specific configuration, helping keep the inside of the case orderly and improving airflow. In addition, airflow is further improved through Sharkoon's use of flexible, flat cables. The 20+4-pin ATX power cable and 8-pin CPU connecter are permanently attached to the power supply. Six SATA, two PCIe, five peripheral and one floppy adaptor are included as modular attachments. A 135mm fan provides effective cooling performance with minimal noise levels. At full speed the fan produces 17.4 dB(A) in the 460 W model, 19.8 dB(A) in the 560 W model and 23.4 dB(A) in the 660 W model. Sharkoon guarantees its SilentStorm CM power supplies with a three year manufacturer's warranty. 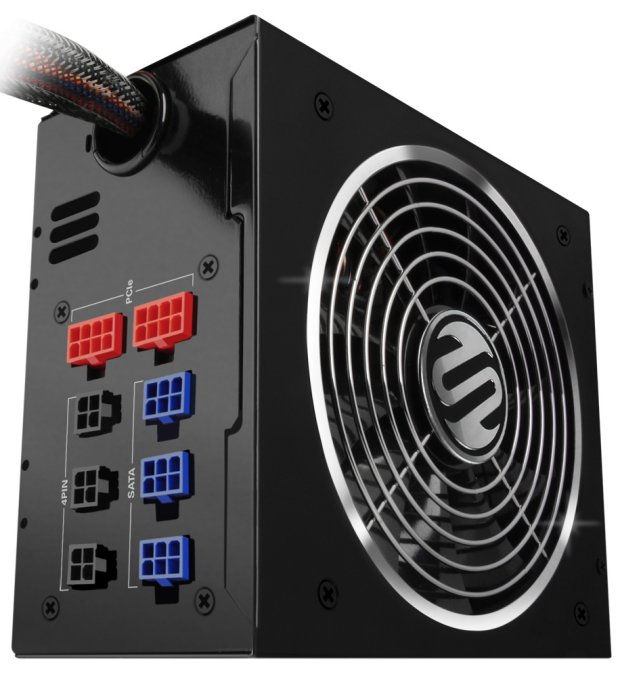