VIA Nano to be used in Dell servers 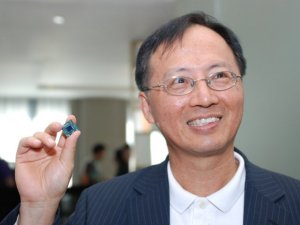 NY Times reveals Dell will launch the XS11-VX8 server this week. The special thing about this new low-cost server is that it uses the VIA Nano processor:

Next week, Dell plans to reveal a rather original system design that places 12 full servers running on Via’s Nano chip in a 3.5-inch-high case. That’s three times as many servers as Dell usually squeezes into similar, compact systems. Equally important, each server will consume 15 watts to 30 watts, or about one-tenth the power of a standard server.

It’s beyond unusual to find the Via chips in a major-league server. The Nano product has mostly been aimed at cheaper computers like small laptops.