Designed for use in navigation systems and location-based applications, Advanced City Models are three-dimensional representations of major city centers that dramatically raise the clarity and reality of screen images within in-car and portable navigation systems and mobile devices. With Advanced City Models, displays more closely match what users actually see in their surroundings, helping them more easily find locations and services.

The release of Advanced City Models builds on the company’s suite of enhancement products, which include Urban Maps, Points of Interest (POIs), Voice Maps, Speed Profiles and dynamic content. Tele Atlas has been delivering industry leading 3D products since 2006, used today in Mio, Pioneer and Sony PSP navigation solutions. The company accelerated the development of more advanced 3D images through its partnership with Norway-based BLOM and today transforms aerial imagery from BLOM into photorealistic maps.

“With the release of Advanced City Models, we are quickly delivering increasingly rich, powerful content to our customers that enhances their products and applications,” said Tele Atlas CEO Bill Henry. “Our partnership with BLOM and our new advanced production capabilities allow us to deliver incredibly detailed, realistic 3D maps to the industry and provide a superior experience for the end user in more cities than ever before.”

The June release of Advanced City Models will deliver 40 cities across Europe, and many more cities are scheduled to be available in subsequent quarterly releases. In 2010, Tele Atlas expects to deliver hundreds of cities, including cities in North America and Asia Pacific. Advanced City Models help Tele Atlas partners deliver products and devices that provide: 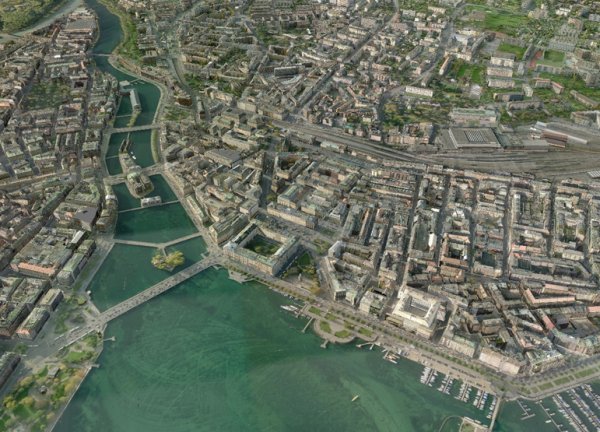