The new AGP 8x RV730-powered Radeons have a blue PCB and a single-slot cooler, a 6-pin PCIe power connector, 512MB of 1GB of DDR2 memory, and two DVI outputs. The cards also pack 320 Stream Processors, boast a 128-bit memory interface and have GPU and memory clocks of 600 and 800 MHz, respectively. 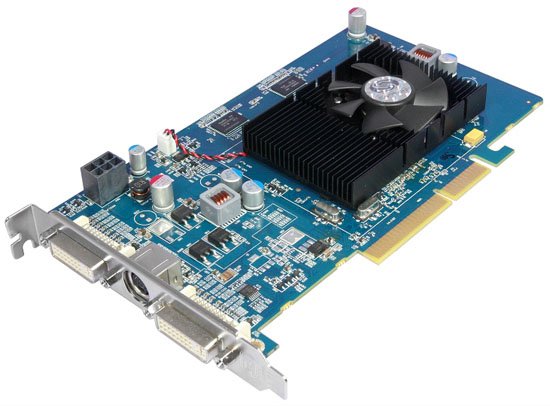